Bangkok Nightriders | bangkokvanguards
The Bangkok Nightrider Tour shows you one night in Bangkok from a different perspective. Explore in a small group the hidden parts of the city and experience the diversity of one of Asia's most exciting cities
Thailand travel, Bangkok tour, Bangkok Biking Tour, Bangkok Cycling Tour, Bangkok Night Tour
1724
page-template-default,page,page-id-1724,page-child,parent-pageid-81,theme-bridge,woocommerce-no-js,ajax_fade,page_not_loaded,,qode_grid_1200,qode-content-sidebar-responsive,columns-4,qode-theme-ver-9.4.2,wpb-js-composer js-comp-ver-5.6,vc_responsive 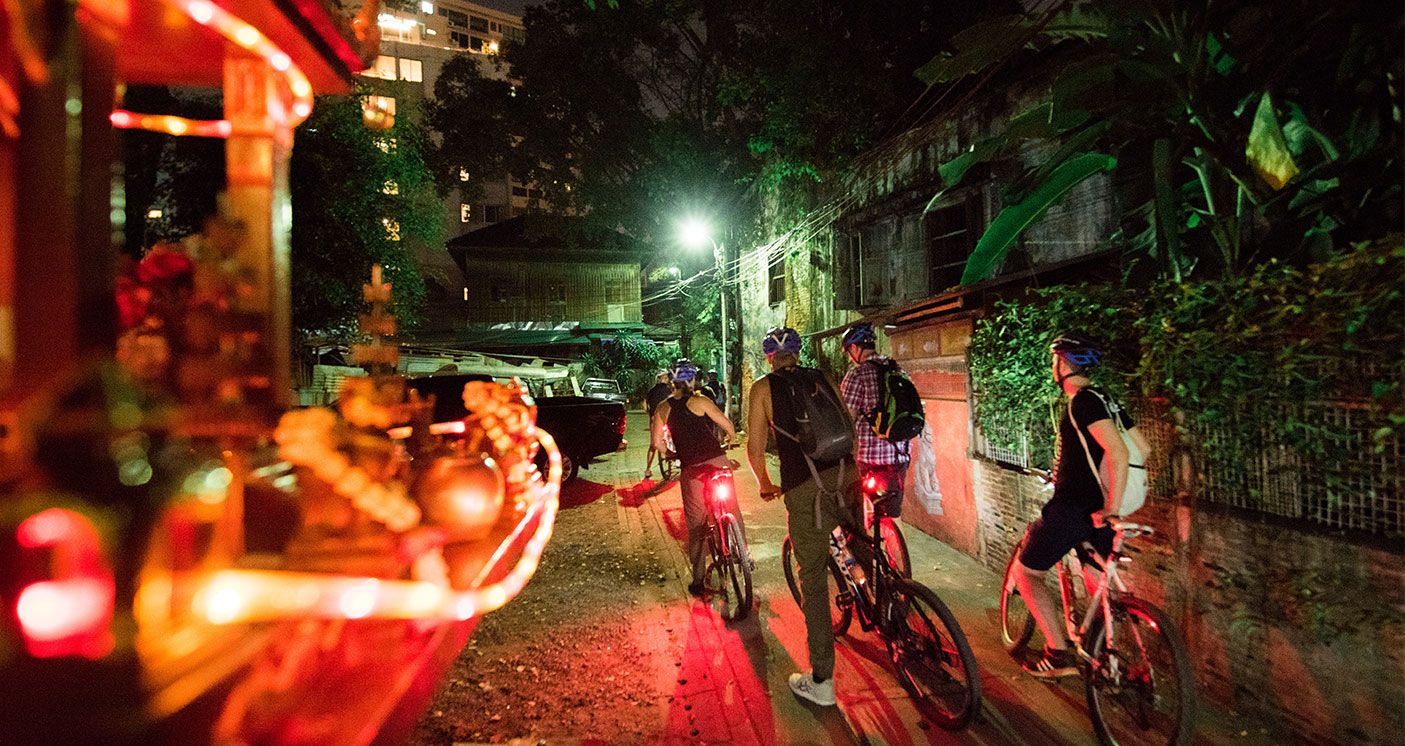 ONE RIDE IN BANGKOK

Choose between e-scooter or mountain bike and bypass the typical bars and entertainment venues to shift your focus on the less known, local and hidden gems of Bangkok. At night Bangkok is a different city and we cover Bangkok's diversity after dark. From the city's splendor to the intricate web of mystical alleys, ancient port quarters, local liquor dens to the bustling street food hubs. You will experience one of Asia's greatest cities through a perspective not many people get to experience.

✔ One of the world's largest flower market

✔ One of Asia's largest street food markets at night

✔ Off the beaten path trails along the Chao Phraya River

✔ One of the world's most authentic Chinatown's at night

WHAT TRAVELERS SAY ABOUT US READ THE ARTICLE (IN GERMAN)